I was in the emergency ward at Inova Fairfax Hospital in Northern Virginia recently when I witnessed one of those daily heroic events that usually pass without notice. A young mother and her two daughters were trying to negotiate the Emergency Room. The younger girl had broken her right arm. She held it out in front of her, wrapped in a shirt. Pain and fear wracked her sallow face. She couldn’t have been more than eight years old. Her mother was a mask of worry and confusion. Leading her sister and her mother was the older daughter, probably 10 years old, who with a mixture of bravado and reserve navigated the front desk and then the parade of nurses and doctors on the ward.

I met them when the older sister asked to use the telephone in to our bay. They were barely six months into the United States from Jordan, the older sister explained to me. She was using the English she had learned at school in her home country and whatever she had picked up in the half-year since. It was strong, but she was still just a girl. Her mother was taking English as a Second Language (ESL), and she proudly if tentatively tried out a little of what she learned with me. I told her daughter to keep studying hard but not to forget her Arabic. She repeated what I said to her mother, who smiled and gave me a thumb’s-up.

Any hospital under any condition is intimidating enough. Can you imagine entrusting your ten-year-old to navigate the Emergency Room for you in a foreign language?  I couldn’t explain to the girls or their mother at the time how I felt for them, but their experience was not far removed from my own during six years in Belgium and Luxembourg, where I negotiated the Belgian medical and legal systems. There, many people did speak English but often enough the only language we had in common was French, which I speak without confidence. (I speak it so haltingly I was once mistaken for Flemish.)

Especially for an adult, navigating and negotiating a different language environment can be frustrating and humiliating. What used to be natural and simple – going to the post office, buying groceries, talking to your children’s teacher – can become a bewildering ordeal. Compound that with a medical crisis or an encounter with authority (I was summoned to court once after Belgian police sent a traffic violation to an old address) and you can imagine how fraught even routine interactions can become.

Back at Inova Fairfax, I had watched closely how the understandably harried admission nurses handled this little family of three. Of course, the nurses likely wouldn’t speak Arabic, and they couldn’t possibly speak all of the languages represented in their service the area. Admirably, at least one of the five I saw on station spoke Spanish – a large demographic in Northern Virginia.

But their communications skills, even with English speakers, could improve. They didn’t speak directly to patients. Their language was unclear, discursive, or filled with jargon. They seemed indifferent.  For anyone, entering the ER is difficult and traumatic enough. For ESL speakers, disorientation is only compounded by unclear communication. And just looking around the ER, I would guess that would apply to recent immigrants from East and West Africa, the Arab countries, South Asia, East Asia, and Central and South America.

We need to adapt to this reality. Today, 20 percent of American citizens speak a language other than English at home.  All of them either were raised in a bilingual household or passed a test of English to become naturalized, so that number doesn’t include legal residents and immigrating relatives who are here as well. All of them, too, presumably are learning English in order to naturalize. But that also suggests there are now, and will be, far more foreign-language speakers in the United States than the 20 percent number indicates. In high-immigration areas like Northern Virginia, Southern California, Chicago and New York City, those numbers are substantially higher. Ten years ago, half of the Brooklyn Congressional district I worked for spoke Spanish, but the fastest-growing linguistic groups were from Eastern Europe – particularly Poland, Russia and Ukraine.

So here is some advice for people working with that public – a linguistically diverse, dramatically changing public – whether at home and abroad, to help two-way communication go more smoothly:

1)   Smile! It’s a universal sign of good will and it goes a long way to establish trust and a bond of communication. Recognize the heroic effort somebody with limited English is making to communicate with you. Meet them at least half way by trying to understand their intent and to help them articulate what they want to say. If you get this right they will appreciate you for it. Any indication you give that they are a burden or annoyance is humiliating to them, or worse, frustrating and angering.

2)  Make eye contact. (You can type or take notes later or in between interrogatories.)  This shows attention and respect in most cultures. (You can even explain why you are doing it.)  More practically, it makes it easier for you to hear the person you are talking to – and to be heard. The person can see your face and read your expression, which are crucial non-verbal cues that aide comprehension. Similarly, you will be able to read their non-verbal communication as well.

3)  Speak simply, literally, clearly and directly. We live in a metaphorical age and we speak a language littered with dead horses, old dogs, bad seeds, busy bees, flying pigs, little birds and elephants in the room. ESL speakers are learning a very basic, literal language where object follows verb follows subject. You don’t have to speak to them as a child because they already have one (and probably more) language(s) available to them. But they are learning an entirely new language and culture to apply to things and ways of living that once were very straight-forward and simple. This is extraordinarily disorienting, often embarrassing and can be humiliating to a proud adult. If you can help them navigate this new language universe with some dignity they will appreciate it.

4)  Avoid discursive or irrelevant remarks and interjections. This relates to the previous point. Maintain a straight narrative track as much as possible, and avoid straying from this track, which can be confusing. Americans particularly are prone to abrupt interjections, OK? You know what I mean? You know what I mean. And then continuing their thought. For someone learning English this is incredibly disruptive and can be very disorienting and frustrating.

6)  If you think you are not being understood, do not necessarily repeat yourself. (Do not try speaking more loudly. This is an aural cue of escalation that communicates anger, not clarity.) Try to rearticulate what you said in a different way. If you speak another language – Spanish, or French, for example – think about how you would articulate what you want to say in that language, in literal terms, and try that out in English.

In the end, if you try all this and you still fail to communicate, you at least will have preserved the dignity of the person you are talking to. That is of immeasurable worth.  Keep a list of available languages handy and an interpreter service on speed dial, if those services are available to you.

George Orwell , who served in Burma and wrote for the BBC’s South Asia arm during the war, once wrote that English is a very easy language at the basic level but a very difficult language at its most complex, which may explain both why there are so many students of English but so few truly brilliant English writers and speakers. Keep that in mind the next time you are talking to somebody learning the language of William Shakespeare, King James, and Walt Whitman. 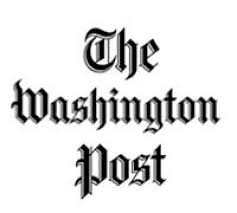 The April 9 Washington Post ran this blog post by Max Fisher about the unprecedented  number of video viewings in China of a recent Daily Show segment on North Korea. (You can watch the original clip Daily Show clip here. I’m having trouble embedding.)

The Chinese web portal Sina reposted the segment, importantly with subtitles, racking up more than three million views (and counting) – more than any other Daily Show segment short of a 2008 bit about Sarah Palin.

Unfortunately Fisher draws exactly the wrong conclusion about Chinese public opinion and viewing habits based on this single data point. He suggests that the surge in popularity indicates the average Chinese citizen’s frustration with the country’s belligerent ally, and insinuates a popular divergence from official foreign policy supporting North Korea and its young leader, Kim Jong-Un.

This is far too much to draw from this incident. Fisher is first of all comparing China’s viewership to the Daily Show’s normal audience, which is mostly American and at 300 million its fullest potential is almost a quarter the size of China’s population. Also, a cursory glance at the Sina site shows that the most popular segment on the site has views of nearly twice The Daily Show’s segment at around six million views. (I would nonetheless discount some comments in Fisher’s thread that three million views is a tiny slice of China’s population because that is not a statistically relevant or sound measure of the Chinese population in any event. It can only be measured against other views.)

But most important, Fisher provides no context or public opinion data for his assertion that this viewership represents a particular rancor about a specific policy. In a country where corruption, pollution, economic inequality, poverty, censorship, arbitrary seizures and state surveillance are pervasive, China’s policy toward its small, pugilistic neighbor cannot rank very high in public concern.  It is not even clear from the Sina site that the Chinese people are even particularly well-informed on this issue. (If China’s English propaganda mouthpiece, China Daily, is any measure, the government has not spoken often or very directly about the mounting crisis in North Korea recently.)

So why is The Daily Show segment suddenly so popular? The important context to understand this phenomenon is the Sina site itself, China’s great Firewall, and the government’s total control of all media, including the Internet, inside the country. This segment was not posted freely – that is, it was posted for a reason – but that doesn’t make its existence in China any less interesting or exciting. Another cursory glance at the Sina site makes The Daily Show stand out even more: this is satire – cutting, anti-authoritarian satire – in a country that brooks no political dissent.

Given that context, Jon Stewart practically explodes off the Chinese web. Against the drab greys of state propaganda, The Daily Show contrasts in psychedelic Technicolor. This is the Web-TV equivalent of stumbling across jazz in 1960s Moscow or rock’n’roll in 1970s Prague. The Daily Show perfectly captures what’s missing in a society where the government dominates all creative and political expression.

That is why this segment is so popular: it is so unusual in a country that normally does not tolerate questioning of authority, much less mocking it. Fisher gets this very wrong, and it is important that we don’t draw the wrong conclusions about what the Chinese people think and know and feel.