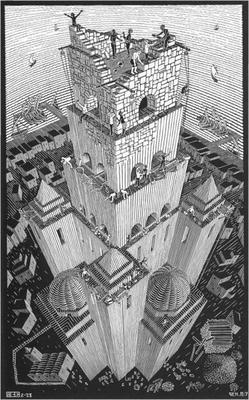 For most of the last nine months I have had the extraordinary benefit of intensive foreign language training.  I had resources, faculty, structure and time all to my benefit: online and computer resources, a diverse faculty from many countries to learn different accents and idioms, day-long small group classroom work and and intensive one-on-one training.  That I speak a new foreign language at all I owe to my instructors.  But the undeniable fact that I am not native, or even fluent, I can blame only on myself.

I can’t blame everything entirely on myself, but rather, on mysterious components of myself that seem to be beyond my conscious control.  I found that the most difficult, most unfathomable, most unpredictable aspects of my training came entirely from the cubic foot of space inside my head.

Your brain is not your friend

Perhaps the most astounding and frustrating aspect of language training was the involuntary reaction my brain had to responding to this new input.  In short, I found myself inadvertently speaking or substituting prior languages I had learned for the new language I was trying to learn.  This could be as vague as mispronouncing homonyms or cognates or as physical as substituting the word with the rudimentary sign language I learned 15 years ago.  It seemed, then, that my brain was resisting the “overwrite” my previous non-native languages, or confused anything “non-native” in my head.  I was not alone.  For anyone with previous language instruction, however old it was, the brain had a tendency to reach back and substitute old French, say, or Italian, for the new language.

This goes quite against everything I had heard or thought about new language acquisition, at least when I was much younger.  Knowing a foreign language helps acquire new foreign languages.  Indeed, the friends and family who speak many languages find it considerably easier — or they at least learn more successfully — to acquire more.  And for myself this is true as far as it goes: my prior language provided a context for understanding structure and grammar, recognizing cognates, memorizing words and verb tables, and so on.

It goes without saying that I never contended with the active opposition of my own brain to absorb a new language.

Immersion is a myth

This may be the result of being a native anglophone in a world that increasingly uses English as a common second language.  I benefited from intense, immersion-like training  during which my colleagues spoke nothing but the foreign language for hours.  This helped, as far as it goes.  Because once we left class, we were back in our native language environment.  I feel like there is a switch in my brain that toggles between “native” and “foreign” languages and it is thrown one way or another depending on my environment.  When the switch is off, I’m not learning.

It’s certainly easier to learn when the switch is always on “foreign” and indeed the gold standard is simply living, learning and speaking in the country you expect to travel to.  But now that I am abroad again, I see how difficult it is to achieve a totally immersive environment.  English is used everywhere, on the radio, on billboards, in magazines, songs and movies.  Every time I recognize a new word in English, that switch in my head gets flipped back from “foreign” to “native”.

There is no substitute for long, hard work…

In the end, unless you are innately gifted, acquiring a new language takes long hours of concentrated effort.  It is a methodical and slow process.  There is nothing quick or simple about it, and those language schools that promise acquisition in six weeks strike me as fraudulent.   I never could see progress from week to week.  Day to day was worse — fall-backs and regressions more than outnumbered the minor triumphs.  That’s because real progress comes over months.  For example, one day, about three months into my training, I realized I could recognize all the individual words in a foreign language broadcast.  That helped my verbal acquisition (not to mention confidence) immeasurably, but I had to work a long time to get there.

…except using your language in a real context every day

That said, there is nothing like using your new language in real-life context every day.  Real life forces you to do things you never trained for in the classroom.  It is virtually impossible to explain the difference, particularly to those slogging through the middle part of their language training, but using your language in a real context is both liberating and more challenging than the classroom.  That is as it should be.

One of my favorite stories about foreign language acquisition involves Facebook’s Mark Zuckerberg.  His wife’s family is Chinese and he made a concerted effort to learn Mandarin.  He deployed his new language before a Chinese audience in Beijing in 2014.  The reaction of the audience struck me — they were delighted that he made the effort.  More importantly, when he persisted in speaking Chinese, the interviewer and the audience adapted and eagerly helped him where he struggled.  The interviewer kept the questions simple.  The audience shouted out words to Zuckerberg when he got stuck, urging him on.  The audience was clearly deeply flattered (and entertained) that he completed the 30-minute interview in Mandarin.

I hope this story provides some solace to my colleagues who learned Mandarin.  But I’ve found that, again, real life mirrors this story.  When you learn a new language and are struggling to use it, people recognize the effort and try to help.  People are forgiving.  In the end, the real goal is not a perfect, grammatically correct, fluently pronounced sentence but understanding.  Understanding always involves at least two people and in my experience most people want to understand and will help you reach that ultimate goal.

3 thoughts on “The Power of Babel”