The most devastating scene in The Lives of Others, Florian Henckel von Donnersmarck’s 2007 film about the East German Stasi, comes near the end when the playwright, played by Sebastian Koch, pulls the wire taps out of his walls of his apartment.  He reveals the hidden microphones that have recorded his every waking moment for the security state.  The playwright is suddenly confronted with the intimacy of the surveillance.  The walls were listening. 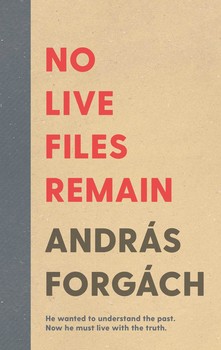 The Lives of Others complements a growing genre of nonfiction documenting the files written by the secret police during the reign of communism across Central and Eastern Europe through the late 1980s.  The first was probably Timothy Garton Ash’s The File (1997), which uncovers his own monitoring while a British doctoral student in East Berlin during the 1970s.  Following the publication of his dissertation, which documented the effect of the Stasi on his friends, he was barred from returning to the country.  In The File he recounts both how he had been surveilled and by whom.

While Garton Ash’s stories may shock, the sheer scope of the state spy apparatus really astonishes.  My father-in-law, a California chemistry professor, appears in Stasi files associated with an East German counterpart whom he hosted in the 1970s.  Likewise, my former NATO colleague Oanu Lungescu documented her own Romanian Securitate case file in a 2009 BBC documentary series.  She discovered that even after she emigrated, secret agents continued to keep tabs on her abroad.

All of this surveillance occurs at a distance.  The Stasi agent in The Lives of Others, played by Ulrich Mühe, never physically encounters his target.  Garton Ash only met his monitors after searching them out decades later.  Lungescu never meets hers at all.  For the pervasive nature of surveillance, most accounts have the strange aspect of bureaucratic prose, the banality and even humor countered by the terrifying knowledge they had of daily life.

It is first with Herta Müller’s Cristina and Her Double (2013) that we get a closer sense of individual betrayal in a police state.  While the Romanian-German Nobel laureate has extensively documented its terror in fiction, this autobiographical essay really captures its braided, complex intimacy.  Approached by Securitate agents to inform on her colleagues in a factory where she worked as a translator, her refusal led to harassment, reprisals, and eventually her firing.  She emigrated to Germany where intimidation followed her.  The Romanian embassy worked through state agents and “useful idiots” to slander her, ironically, as a Securitate plant.

This was her “double,” she discovered later after lobbying for years to access her file.  There was Cristina, the code name given her as a possible recruit, and her double, which was a projection if the Securitate had had its way: Cristina the spy, Cristina the agent, Cristina the plant.  It was bizarre and Kafkaesque but contained its own logic: if she wouldn’t spy for the government, then the government would make her one in the minds of her friends and colleagues.  “Everywhere I went, I had to live with this doppelgänger,” she writes.  “It has taken on a life of its own.”

Throughout this entire ordeal Müller was comforted by a friend named Jenny.  After she emigrated, Jenny came to visit her.  At this point Müller grew suspicious, searched her friend’s luggage, and confronted Jenny with evidence that the Securitate had sent her.  Her friend broke down and confessed, saying it was the only way she could see Müller one more time.  Cancer would soon kill Jenny.  Devastated by this betrayal, Müller was convinced that Jenny had spied on her from the start.  Only after a close reading of her file did she conclude the friendship had been genuine from the start and the Securitate only compromised her friend in her final days.  “You become grateful for small mercies,” Müller writes, “trawling through all the poison for a part that isn’t contaminated, however small.” 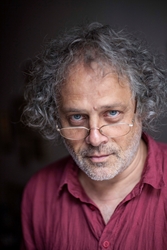 András Forgách searches for these same small mercies here in the most intimate relationship each of us has: his mother.  A friend working in the Hungarian state security archives came across his mother’s file, recognized his name, and contacted him.  What he learned completely upended his entire understanding of himself, his mother, and his family, which he had written about as recently as 2007.  “Now,” he told The Guardian, “I realized nothing of what I had written was true.”

Forgách is a well-known writer, poet and dramatist in Hungary, where this book was a best-seller.  This is his first book translated into English (confusingly co-released by Penguin in some markets as The Acts of My Mother).  The book’s structure and method are unorthodox.  The first part is a fictionalized narrative pocked with footnotes referencing his mother’s secret files.  This ends with the verbatim transcript of the last file made about his mother, as she “ends her activities” at the end of her life.  This is footnoted with outraged comments by Forgách, defending his mother and attacking the penury of her handlers in her final days.  The second part is a series of poems about his parents.  The final section is a more conventional essay discussing his mother’s activities as a “secret colleague.”

Forgách’s motivation appears similar to that of The Lives of Others: reconciliation.  Garton Ash hits closest when he noted in The New York Review of Books that the film’s primary feature was its exportability.  In the German context, it is easier to see how the collision of characters—the liberal but loyal Marxist intellectual, the principled and redeemable Stasi agent who protects him, and the corrupt Communist bureaucracy—is designed to help Germans reconcile their history while giving foreign audiences a dramatic structure to understand that country’s recent history.

And in fact how these countries reconcile their own past, and the actions of friends, family, and neighbors, is a fundamental question.  Some countries have made access to the secret archives a priority.  Other countries apply courts for punitive judgment or truth commissions with the power of subpoena to bring the dark past into the light, so much the better to inoculate the present against future reincarnation.  This is not limited to Europe.  In Brazil, a small army of activists surreptitiously published three million documents held by the post-military government.  Peru and Chile built state museums to research and remember their own recent tumultuous history.

But Forgách is reconciling with his own mother.  Bruria Avi Shaul was born in Jerusalem to a famously literate Jewish family during the British mandate in Palestine.  She joined the Israeli Communist Party, and abandoned Israel out of principal.  She opposed the Jewish state and found a welcome ally in the communist bloc.  She was exotic, beautiful, and charismatic.  She married Fórgach’s father Marcell, a Hungarian Jew then serving with the British army in Palestine, and they relocated to Hungary.  As a result, she lived almost her entire life as a foreigner and outsider.  Both his parents, he writes, “were the inhabitants of nowhere – neither Hungarians nor Jews, nor foreigners, nor comrades, nor compatriots.  Among comrades they were Jews, among Jews they were communists, among communists they were Hungarians, among Hungarians they were foreigners.”

But both parents were committed communists and both, Forgách reveals, were willing secret agents of the Hungarian state, sharing the code name PAPAÍ.  His father was the less successful of the two, using cover working for the Hungarian news agency in London, where he clashed with the bureaucracy.  His colleagues turned against him and his career never recovered.  Forgách documents his father’s descent into madness and eventual suicide – his mother found him hanging by the neck in the bathroom when he was 53 – as a result of state harassment and professional failure.  But it appears likely he was actually an undiagnosed syphilitic.  He shared stories of his conquests of Egyptian prostitutes with his young son during long strolls in London.

His mother, likewise, was in love with an English soldier she had an affair with during the mandate and never saw again.  Despite this mutual discord, they remained married until his father’s death, mother and son nursing him in the most pathetic circumstances.  His parents shared, too, a secret language, Hebrew, that they used to communicate in confidence around their children.  As a result, Forgách admits, there are depths and dimensions of his parents’ relationship he may never know.

But he does know a lot about his mother.  Forgách finds answers to questions he forgot he had growing up, such as a strange visit to Greece with his mother in 1976.  Forgách remembers his mother being particularly tense during this “vacation.”  The files explain that she was there to meet several contacts and pump them for information.  Bruria likewise made regular trips to Israel to see family, missions financed by the secret police to make contacts and provide political intelligence.  Like Jenny’s visit to see her friend Herta, these trips were impossible without the permission of the state and enabled by the prospect of secret intelligence.

All of this was relatively superficial and inconsequential.  Bruria sent nobody to prison and hardly affected the balance of power in the Middle East.  Her children never noticed and despite her ardent communism they began the generational turn away from Lenin and toward liberalism, stoking the revolutions that would sweep Central and Eastern Europe and truly upend the balance of power in Europe.  She complained regularly to her handlers that she had not raised good communists.

But that changed when the state learned that her son was harboring an enemy of the state.  György Petri was a writer, poet and virulent opponent to the regime.  As a result, he was virtually unemployable and survived mainly by crashing with friends.  He was doing this at Forgách’s apartment when Bruria’s handlers suggested she get access to her son’s apartment so they could install surveillance equipment and monitor the old poet.  She dutifully did this – in Forgách’s hybrid recollection she appears on edge, as if she finally understands the true depths of her commission – by insisting, uncharacteristically, that she clean her son’s apartment.

The structure of Forgách’s narrative drives toward this Lives of Others moment by laying a series of less-serious accounts and anecdotes like the foundation of a pyramid of betrayal.  But while this may be the apex of his mother’s personal betrayal, it is not the book’s zenith.  Forgách drives further to what he believes is Bruria’s ultimate betrayal of herself.  He finds her review of a Hungarian author’s history of Jerusalem that she guts as Zionist propaganda.  Her fury overwhelmed her handlers, who snuffed out any ideas about publishing her review.  It languished in her file until her son found it a quarter century later.

Forgách portrays this as a tragedy: the state she served would not allow her the ability to express the one deeply held conviction she had.  This is a less convincing argument but it in fact completes the circuit for his family and for his country.  It argues that in a police state even collaborating out of conviction does not allow the expression of that conviction.  It is the ultimate expression of raison d’état.

For himself, Forgach’s affection for his mother remains.  He doesn’t so much defend her as attack her handlers, disgusted by how little the state valued her betrayal.  His final memory of his mother, intervening with Forgách in a childhood dust-up, is an archetype of the godlike wisdom and power our parents wield when we are small.  He clearly would prefer to remember her this way rather than as the compromised collaborator in the grubby marketplace for covert information who made no real difference in the end.  And in that way he can reconcile his mother’s actions and find those few small mercies.